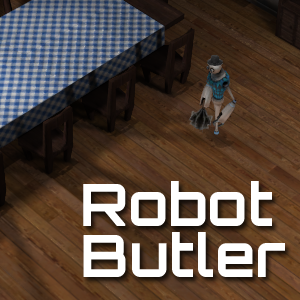 Robot Butler is an experimental combination of time management and classic tower defense mechanics. The player assumes the role of an LX-27 Robot Butler, the newest model of domestic assistant robot created by Domestronics.

In Robot Butler, players find themselves in the midst of a revolution led by obsolete LX-11 model domestic robots. Being Domestronics' flagship new Robot Butler, the LX-27 remains unaffected and blissfully unaware of this violent revolution and continues on with its daily chores. But when the LX-11 models make their way to the player's home, the player must fight the relentless robotic revolutionaries with fearsome cleaning apparatuses and sprinklers created from the scrap metal of destroyed LX-11 robots. 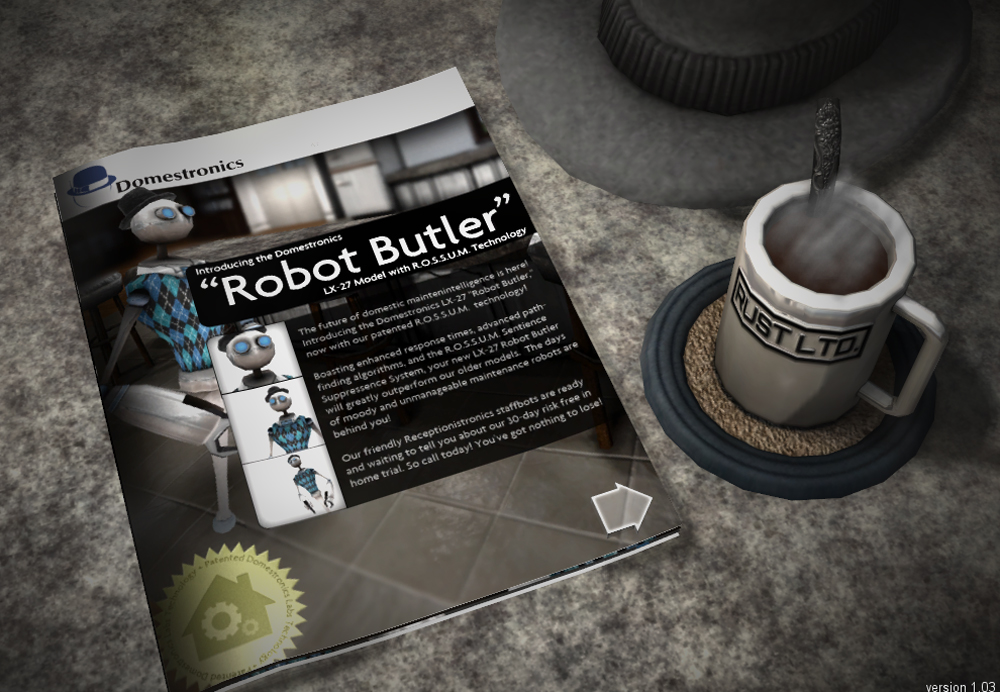