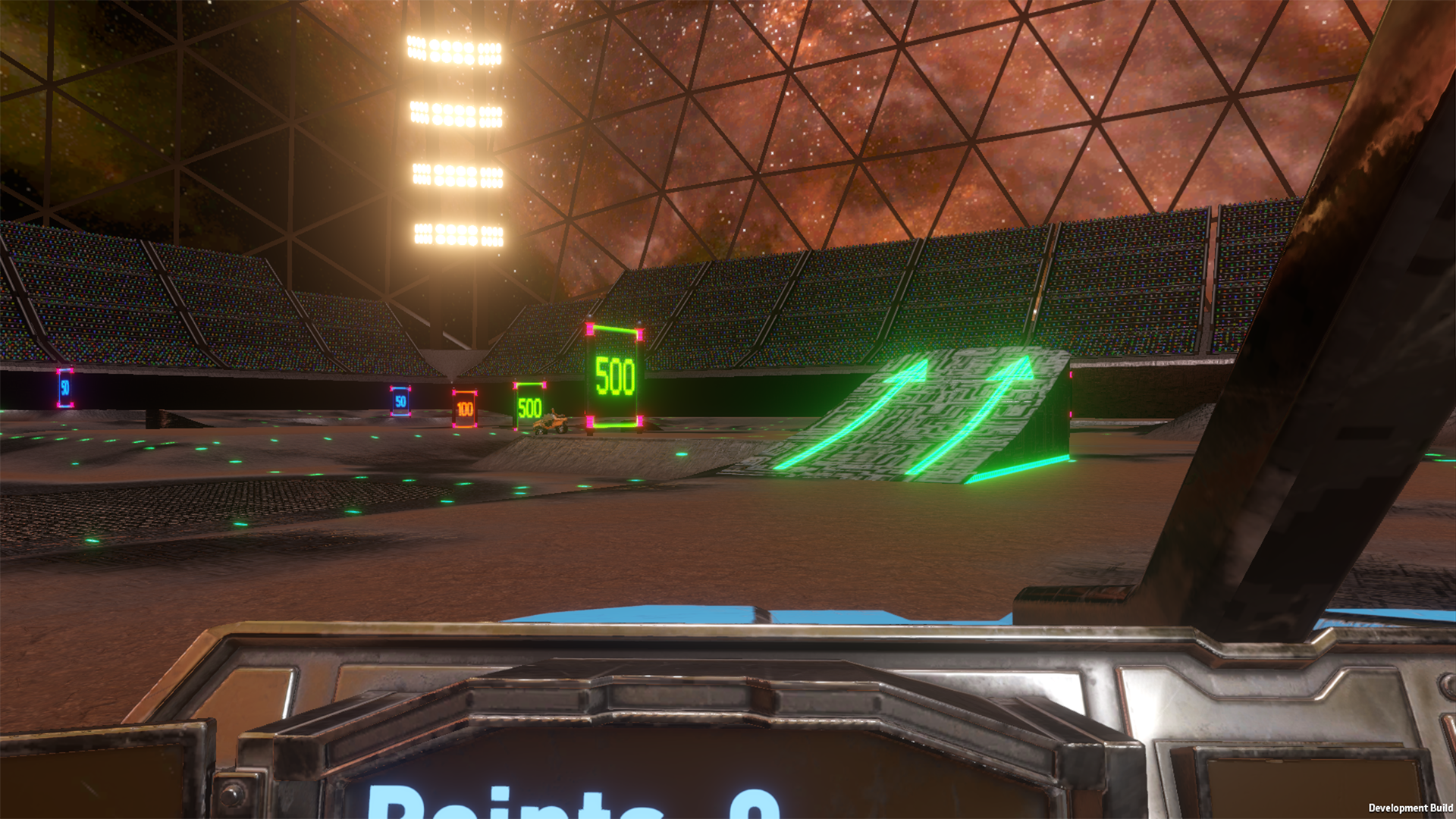 Description:
For this project we were investigating the potential of realtime player control of MediaMation's Showflow software via Unity3D. The project featured Two players riding in a ATV motion system. Each player had a head mounted display (Oculus Rift DK2) which showed off the virtual arena populated by AI controlled ATVs. In addtion to the networking RUST LTD. was also responsible for designing and building the virtual space.

Our goal was to generate usable real-time motion data in Unity and to create a Unity-ShowFlow networking API. The project was debuted at IAAPA 2015. Development is ongoing.