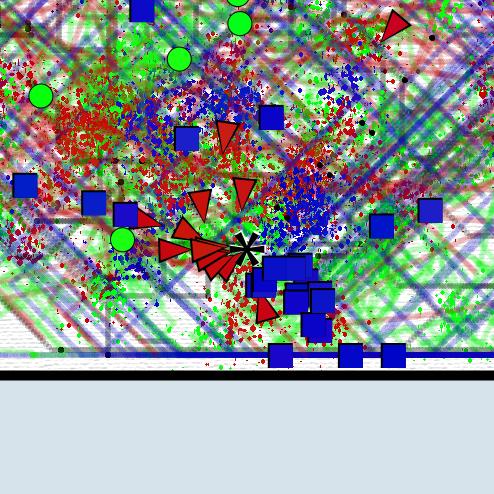 In the concrete game, Asterisk, the user controls an asterisk that zooms around atop a canvas, dodging and shooting various colored opponents. Avatar and enemies alike leave trails marking their paths, and these trails accumulate as play progresses. When the asterisk-avatar shoots an opponent, the opponent bursts with a paint-like splat of color. The game is overtly similar to other "top down shooters," and in generating a visible record of gamic actions, it constitutes an attempt to expand the expressive potential of an entire genre.